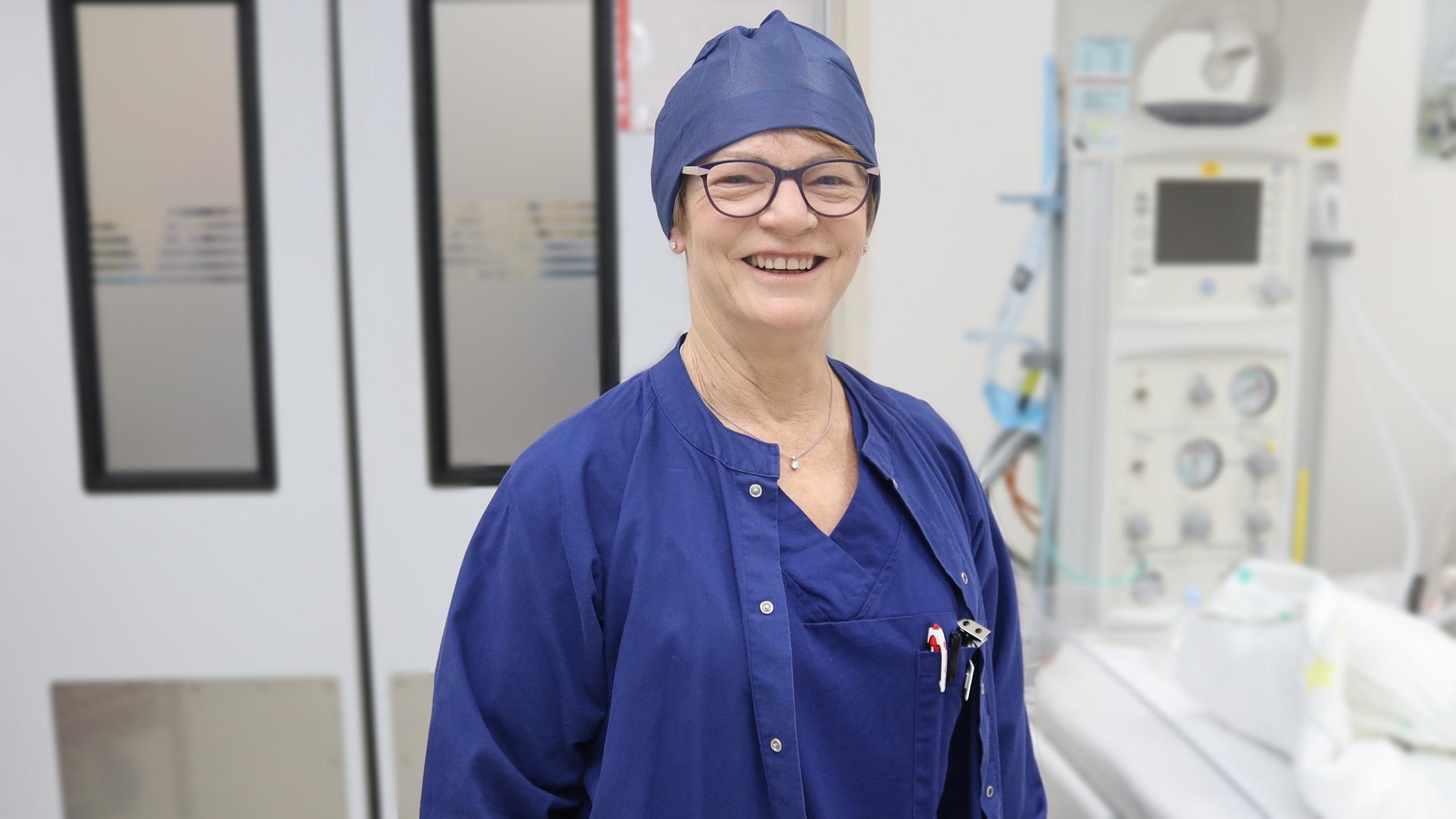 She recently made the decision to retire from what she describes as an “exciting career where every day is different.”

Prior to her current role as floor coordinator where she manages the emergency theatre booking system, Shelley spent most of her career working as a theatre nurse as either scrub scout, anaesthetics or in recovery.

Shelley’s nursing career began at PANCH back in August 1976.

“There were two intakes of nursing schools at PANCH in those days. I finished my training in 1979 and worked on the wards for a while and then did midwifery from 1980 – 1981.”

“Friends of mine convinced me to come and work in theatre, it was the last place I actually ever wanted to work, but they talked me into coming and I said I’ll give it three months. They’ve all left now and 43 years down the road I’m still here,” she says.

Shelley tells us her favourite part about nursing has been helping people at their most vulnerable time -“to be able to facilitate a patient’s journey so that it’s easier for them and more comfortable, in what ever role you do, and minimise their anxiety.”

“Nursing is a privilege – to be in the room when someone’s life begins and when it ends, to have been present in those moments in people’s lives is just a great privilege. It’s an extraordinary thing to be able to do and there are very few professions where you get to do that in life,” she says.

When asked what she will miss most about working at Northern Health, she says, “the people – you just work alongside the most amazing people.”

“Some of the memories I’ve been dredging up since making this decision to retire, I mean some were challenging events, but you think about how people have handled those events – they are incredible colleagues and it’s really just like a big family.”

Shelley has seen Northern Health change dramatically over her 43 years.

“When I first started, we had three operating theatres. Now, we’ve got seven and it’s more than doubled in size and the complexity of the work you do is far greater,” she says.

“The acuity of patients is much higher, definitely the number of cases, and the number of languages spoken by patients. It’s incredibly diverse,” she adds.

Divisional Director for Surgical Services, Linda Romano, said, “Shelley’s knowledge and management skills have been an extremely valuable asset to the Northern Health perioperative team. Her strong leadership has not only been important to me but to all that have worked alongside her.”

“Thank you Shelley for all your hard work and dedication. I will certainly miss our morning huddles and theatre demand discussions, but most of all your welcoming smile. Best wishes on a well-deserved retirement,” Linda added.

“Truly, I feel like I’m the luckiest person to be able to work for 43 years in nursing – most of it in the operating suite,” Shelley says.

“It’s not just about me – that longevity has also been facilitated by the very people that you work with because everyone is highly skilled, cooperative, caring and look after each other – it’s all of that.”

Looking back, Shelley attributes a number of reasons for her extensive career in nursing – “looking after my health, loving what I do, and working with the most incredible people – you don’t think that every day but when you reflect back after 43 years, those are the things I’m thinking about.”

“You have amazing experiences so I hope that these new young nurses will find longevity in nursing.”